Who hasn’t looked up at the beauty of the night sky, reveling in the stars above? But, most of us also know that space is mind-boggling. That the universe began 13.6 billion years ago during a hot explosion which has continued pushing matter outward as it constantly expands.

That we, as tiny humans on a tiny planet around a single medium-sized star can never truly conceive the distances and sizes of space. We know that space is full of possibility and contradiction.

Did you know that the Big Bang didn’t create just matter and energy? It also created time. And, in a way, space too. Below is just ten of the many “weird” facts about space.

Fact #1: Sunsets on the Red Planet are blue, small, and long

Astronomical viewing doesn’t change much from planet to planet within our solar system. Someone could easily navigate the stars on other planets in our solar system. Those stars are too far away for a couple million to even hundreds of millions of miles to change their placement in the night sky.

However, how other objects in our solar system look in the sky is quite different. Rovers on Mars have recorded sunrises and sunsets from the Martian surface over the decades through photographs and more recently, videos. Being further from the Sun than Earth, future inhabitants on Mars will see the Sun differently. During sunset on Mars, the Sun only appears two-thirds the size we see here on Earth. Twilight lasts longer on Mars than on Earth, though it is fainter with the glow remaining two hours before sunrise or after sunset. This lengthier period of twilight is caused by abundant high-altitude dust that scatters sunlight around the night side of the planet.

The first color photograph of a sunset from Mars revealed that this dust also causes the sunsets on Mars to appear bluish since they allow blue light in more so than here on Earth. The dust is the right size to allow blue light to penetrate the atmosphere a little better than longer wavelength colors, at least near the Sun. The rest of the sky does look yellow to orange as yellow and red light scatter across all of the sky.

A simple sunset, the turning of the planet away from the Sun, is so different just one planet away.

Fact #2: Time is weird and impossible for us to truly understand

Yet, one day on Venus is longer than one year! It rotates that slowly on its axis, a mindboggling feat compared to our day and year. Venus takes 243 Earth days to rotate once on its axis, to have 1 Venus day, but orbits around the sun in only 225 Earth days.

Mercury’s highly eccentric, egg-shaped orbit combined with its fast orbital speed, but slow rotation creates some very disconcerting effects on day and night. While it orbits the Sun in 88 days (making it the fastest planet in our Solar System), it technically completes one rotation every 59 Earth days. But when Mercury is moving fastest in its orbit and is closest to the Sun, the movements create odd effects.

The Sun appears to rise briefly, then set, and then rise again from some parts of the planet’s surface. Then, this happens in reverse at sunset for other parts of the surface. One full day-night cycle equals 176 Earth days – just over two Mercury years.

Time and our perception of/ reaction to it are tremendously affected by where we are in the universe. Time is an integral part of understanding the universe and, we will never truly understand the impact and effect of time on the universe. Our lives are simply a dot on a massive timeline already 13.6 billion years long and the universe is still “young”. Fact #3: Why there is black space in between stars

You probably take the fact that there is black space in between astronomical objects in the night sky for granted. It’s just space, right?

You probably already know that when we view something in the night sky, we are looking back in time because it took time for light from that particular star, galaxy, or universe to reach us here on Earth, often millions or billions of years. We are never observing something in “real-time” in astronomy. Even light from our Sun takes 8 minutes to reach us, and far longer for it to reach the outer planets (about 4 hours to reach Neptune!).

But why do areas of space appear black even in images from powerful space telescopes like Hubble or James Webb? Shouldn’t the billions of galaxies and septillion-plus stars in the night sky envelop the entire night sky?

Due to the expansion of the 13.8 billion-year-old universe (at faster than the speed of light, which we still don’t understand with modern-day physics), some stars and galaxies haven’t been around long enough for their light to travel to us. That’s why we see areas of black in the night sky, not because space is empty.

This actually makes sense in tandem with the fact that many of the stars and galaxies we see are long dead since it took millions of years (or more) for the light we are currently seeing to reach us!

Space is a vacuum, (so no one will hear you scream because sound waves need a medium to travel through). We’ve all heard the saying.

But, it’s not a perfect vacuum. There are the obvious stars, planets, galaxies, etc. but in between, there is a lot of empty space, right? Yes, and no. There is a lot of space in between these objects, but this space contains a low density of particles: clouds of interstellar dust, space plasma, and cosmic rays.

Empty and yet not completely. A vacuum, but an imperfect one.

Fact #5: And while space is pretty cold, it’s not cold everywhere

This might seem obvious. Venus is the hottest planet in our solar system, with temperatures going as high as 842 degrees Fahrenheit/ 450 degrees Celsius. But once we escape a planet’s atmosphere, and enter space, it’s pretty cold, right? As we go higher in our atmosphere, the temperature decreases drastically.

Yes, in the darkest parts of “open space”, temperatures reach almost absolute zero at about -454 degrees Fahrenheit/ -268 degrees Celsius. However, light from the sun and other stars provide warmth.

Orbiting Earth in the sunlight, say on the International Space Station, can be 250 degrees Fahrenheit. In fact, white spacesuits were specifically designed to reflect heat on spacewalks. Fact #6: While space is a [imperfect] vacuum, NASA has recorded “sounds” of space

Sound cannot travel through a vacuum. Therefore space is silent in terms of sound waves.

However, electromagnetic waves do not need a medium to travel through. This is why radio communication works with our probes out in the solar system.

NASA has used data sonification to convert signals from radio waves, plasma waves, and magnetic fields into audio tracks. These include “sounds” from black holes, James Webb Telescope Data, the Solar System, and more, ranging from screeches and beeps to sinister, unearthly tones.

While we’re not “hearing” the universe, we can experience interactions in the universe that we normally wouldn’t be able to detect with our senses.

If you are curious the hear what the planets sound like, visit my page here: Cosmic Soundscapes

Fact #7: Space can “cold weld” pieces of metal together

If we want to fuse two bits of metal together here on Earth, we use high heat to melt them and then weld them together at their melting points. In space, two metal atoms or pieces simply stick together, weld together, by touching, and will stay together forever unless acted upon by an outside force. Oxide layers, water, and oxygen that prevent them from fusing here on Earth disappear in space just by sliding over one another. There is nothing to block them from fusing together and so they simply attach to one another.

They don’t even know that they are/ were separate. They just connect seamlessly and perfectly for infinity.

Water is essential to life here on Earth and Earth may be unique in having about three-quarters of its surface covered in liquid water, but water, itself, is not unique to Earth.

We have found water in comets and in the chemical composition of asteroids. We’ve found evidence of water vapor, ice, and even potential underground seas of liquid water on moons in our solar system. We have evidence that Mars used to be covered in water. Not ices, vapors, or liquids of other elements and molecules, but actual H2O.

In 2011, astronomers found a massive water vapor cloud about 12 billion light-years away. It is the largest source of water that we know of: 140 trillion times the amount of water in our oceans. It’s about 12 billion years old and it appears to be “feeding” a black hole, adding more mass to it.

This doesn’t mean water is “common”, but it’s not as rare as we thought.

But solar system formation is chaotic and simulations have shown that these chaotic periods can lead to bodies being ejected from their star’s orbit such as in the result of a collision. These rogue planets are traveling through space without a star until they interact with the gravitational impact of another object, though that could take millions of years.

While these are very hard to detect as they are both small and dim, it is estimated there may be 1 to 10 rogue planets for every star-bound planet. While they no longer receive heat and light from their star, many are possible candidates for life as they could still have heat from an active core, resulting in volcanic eruptions and hot springs. 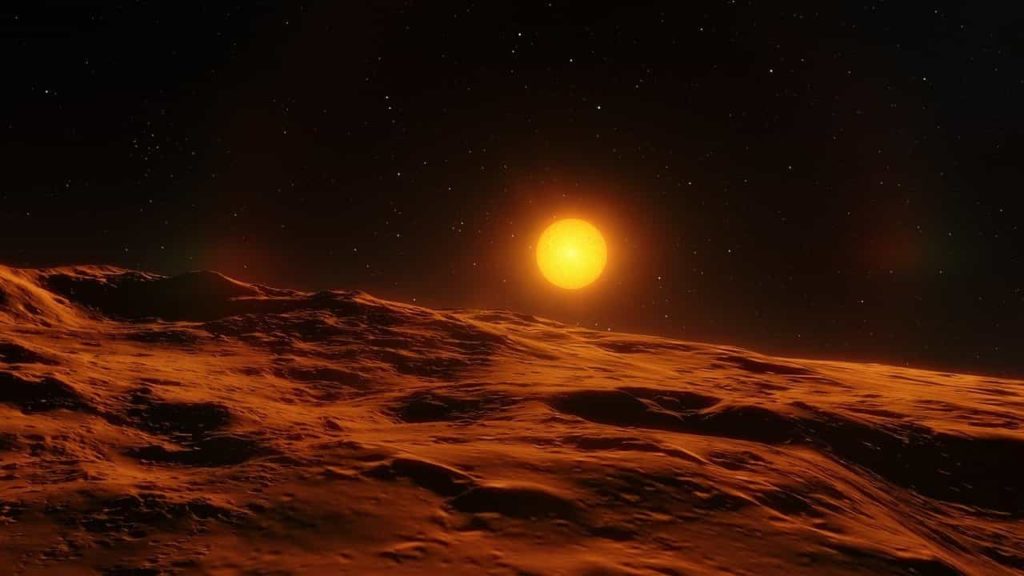 Fact #10: The universe may end up being made up of “galaxies” of black holes

While black holes are not “giant monsters that grow indefinitely and will eat away the universe” as they are so often portrayed in science fiction, they will likely be the last things left in the universe as time goes on. About a hundred trillion years from now, there will likely be an era of systems of black holes similar to how we have systems of planets around stars which make up galaxies, which make up the universe today.

While we are still learning about the universe every day and there are still many mysteries to explore, these were 10 weird space facts according to our current understanding of the universe. I have compiled 50 questions and answers about Perseverance, a remotely operated robotic vehicle designed to search for signs of ancient life on planet Mars. Can you legally sell meteorites you found on the floor?

Meteorites have become particularly popular and sought after. But how do you know if that strange rock is in fact, a meteorite? How would you go about selling it? What is the farthest planet from the Sun?

The dim, cold, windy world named after the Roman god of the sea takes the prize as the farthest planet from the Sun. What’s it like? In this article, we discuss the differences between white holes and black holes, two mind-boggling objects in space.