The Best Space Movies to Binge Watch in 2020

Despite being mostly made of void and large regions of emptiness, Space has always been the place for epic stories, tales of exploration, galactic battles, cosmic mysteries and fascinating documentaries. Since 1902, and the release of what is considered to be the first sci-fi movie (“Le voyage dans la lune”), filmmakers have used outer space to create the most epic of stories. After all, the human imagination is vast, just like space, and so everything is possible: any life form can exist, any sort of technology can be used, any world can be explored…

If you fancy a little bit of space adventures while sitting comfortably on your sofa under a blanket, here is our selection of some of the best space movies. 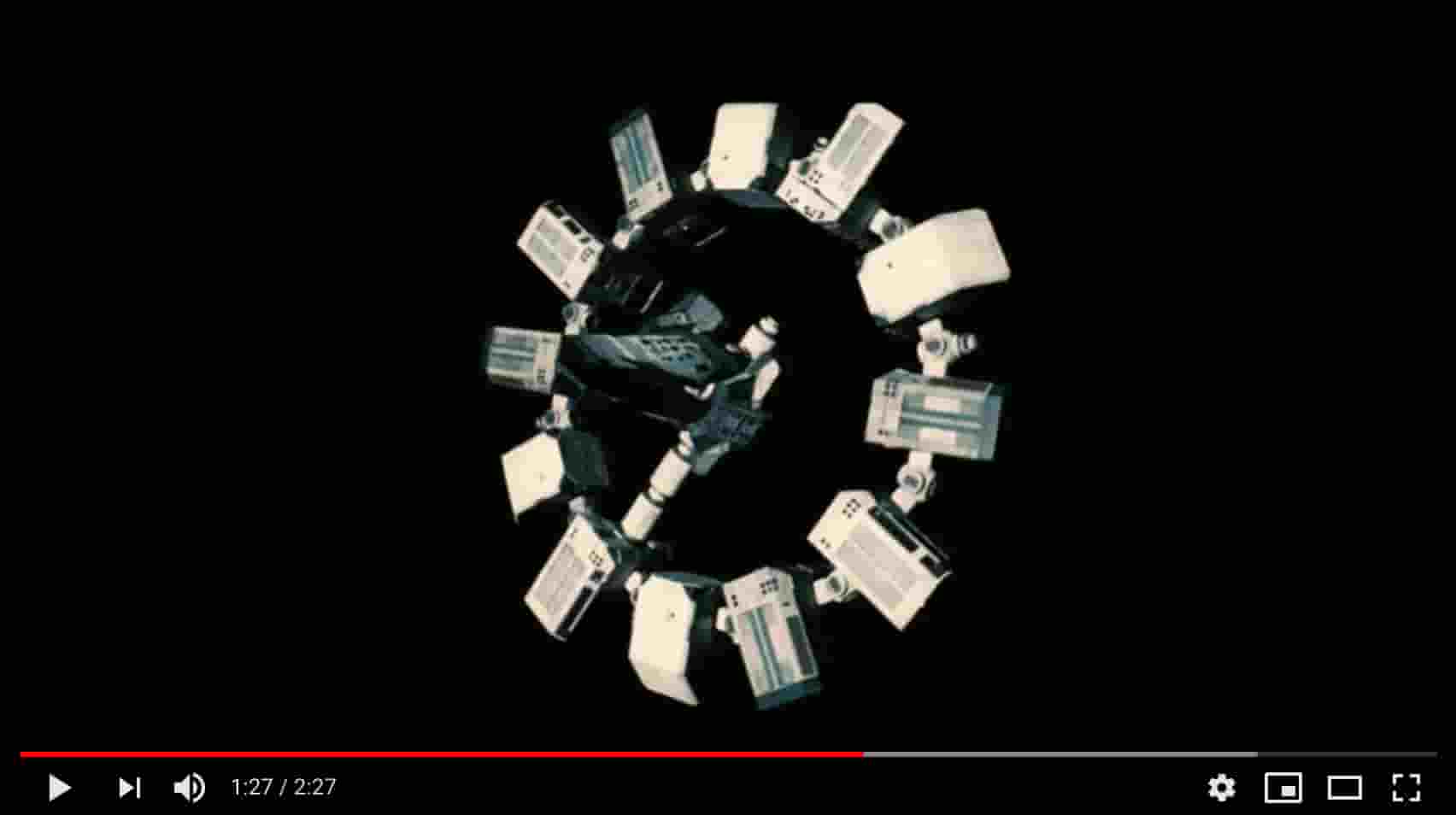 Just over a year after the release of the infamous “Gravity“, the talented English director Christopher Nolan delivers “Interstellar“: a film about how humanity’s last hope of surviving resides in exploring new regions of space. Interstellar is probably one of the most impressive space movies of the last decade in my eyes. The film offers a complex storyline as well as amazing space travel shots like those of “2001: A Space Odyssey“. It is an impressive science fiction film full of philosophy and masterfully directed by Christopher Nolan.

I know that not everyone liked it but as a lifelong space enthusiast, I thought that it had a thrilling story without too much downtime despite the rather long (2h 49m) runtime. This space movie is a magnificent cinematographic experience: it flirts with the complex subject that is space and time, and their intricate connection. A special mention to the movie soundtrack: Hans Zimmer’s music is once again excellent. 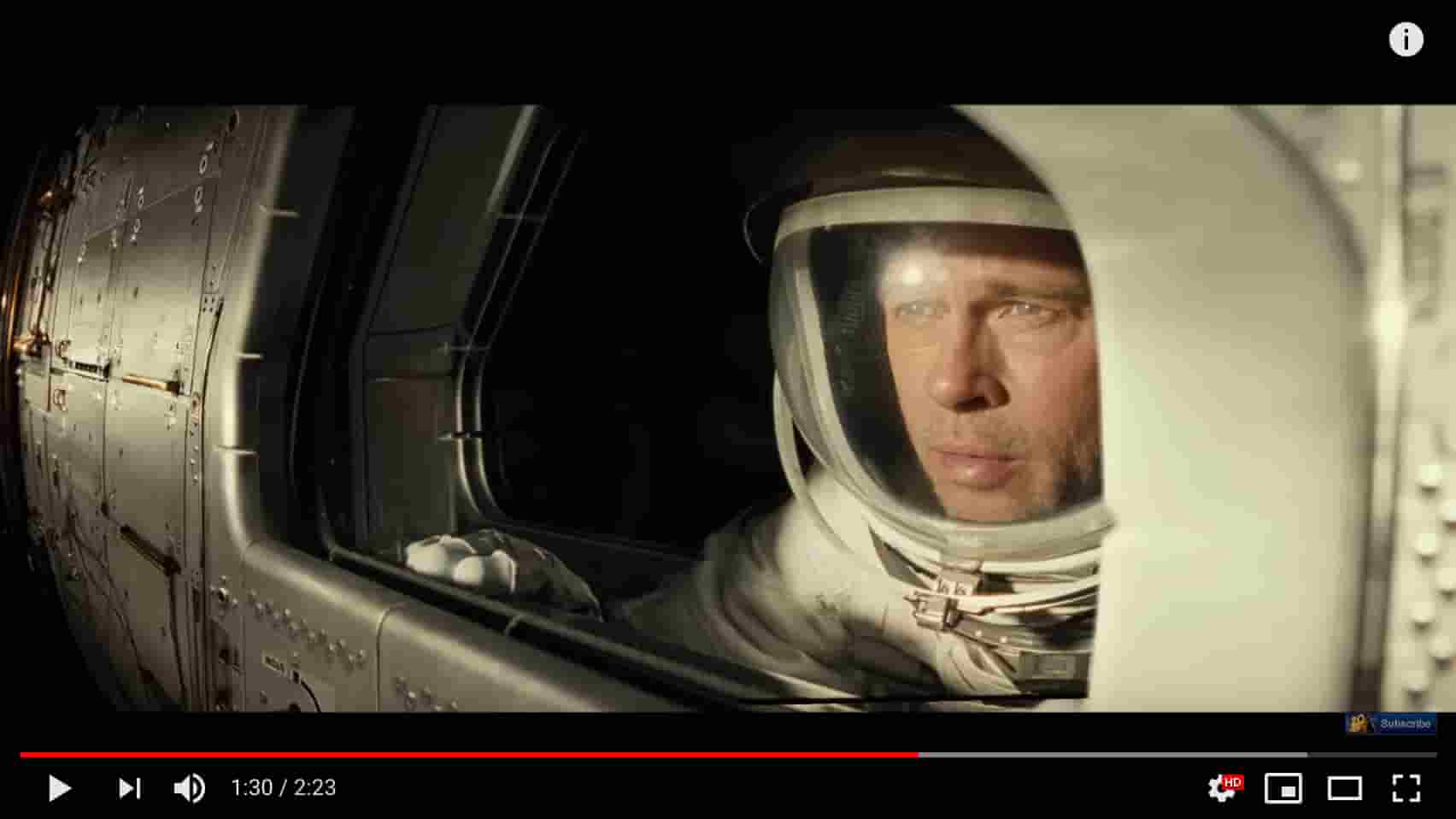 Ad Astra, which means “to the stars” in Latin, is a recent film produced by James Gray and was released in cinemas in September 2019. Ad Astra is a little more than just a space exploration movie: It is an introspective journey of a man in quest for answers.

Synopsis: Some magnetic phenomena causing significant damage are increasingly being recorded on Earth. In order to stop further damage, astronaut Roy McBirde is sent to Neptune to neutralize the cause and investigate signals which are transmitted from a deep space base, the one that Roy’s father travelled to when he was young and never returned.

There are some fantastic scenes taking place in this movie, but don’t expect to see an action-packed space film. AD Astra takes can be quite slow at times, however, the few suspenseful scenes are quite compelling.

The visuals in space are breathtaking and will definitely mesmerize you. 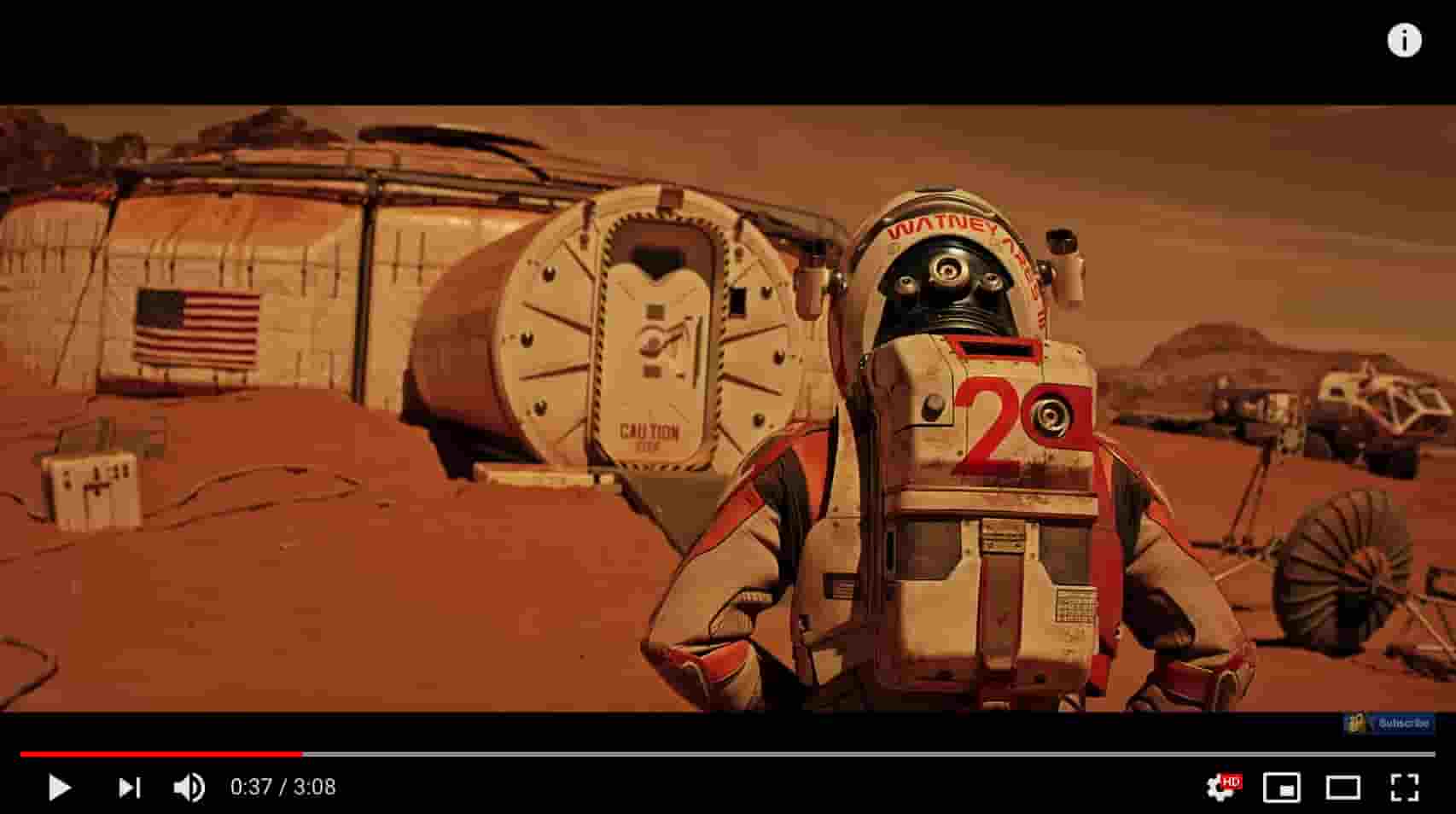 This space movie is an adaptation from a book published by Andy Weir. The Martian’s plot is quite simple: During a mission on Mars, Mark Watney (played by Matt Damon) is left for dead after a gigantic storm forces a team of space explorers to retreat and leave the planet in a hurry. However, the astronaut is not quite dead and find himself stranded on a planet 225 million km away from home… Mark will face many challenges in order to survive the harsh red planet, and more importantly, going back to Earth.

Yes, Matt Damon needs saving again, but it’s on Mars so I don’t mind at all! I have always been a fan of the red planet, even though it has mostly desert landscapes to offer. The whole film is fascinatingly focused on the positive thinking of the stranded Martian… Mark is entirely driven by action, knowledge and hope.

Some of the science stuff explained in the movie is the result of a collaboration between Ridley Scott and the National Aeronautics and Space Administration. Scott spoke with Jim Green, director of planetary science at NASA, as soon as he began work on the film.

Bonus: You gotta love Donald Glover as a genius scientist!

Gravity is a space movie about two astronauts attempting to return to Earth after the destruction of their space shuttle, leaving them both stranded in space. This film is a true depiction of the vastness and emptiness of space and how terrifying it can be. The special effects are incredibly beautiful and the attention to detail (particularly the work on the weightlessness effects due to the lack of gravity) is top-notch.

The characters are facing a very dire situation, and I have enjoyed the intensity of the story. Sandra Bullock offers a fantastic performance – we can really feel her panic as she whips helplessly in space, desperately trying to survive.

A few people online have complained about that fact that some of the science was wrong: the orbits in which the ISS and the Hubble telescope travel around the Earth are too far apart, which would make it impossible to travel from one to the other in real life. I agree that this part was far fetched but to be honest, I don’t know of any space movie that got science 100% right.

Gravity won a total of 7 Oscars! 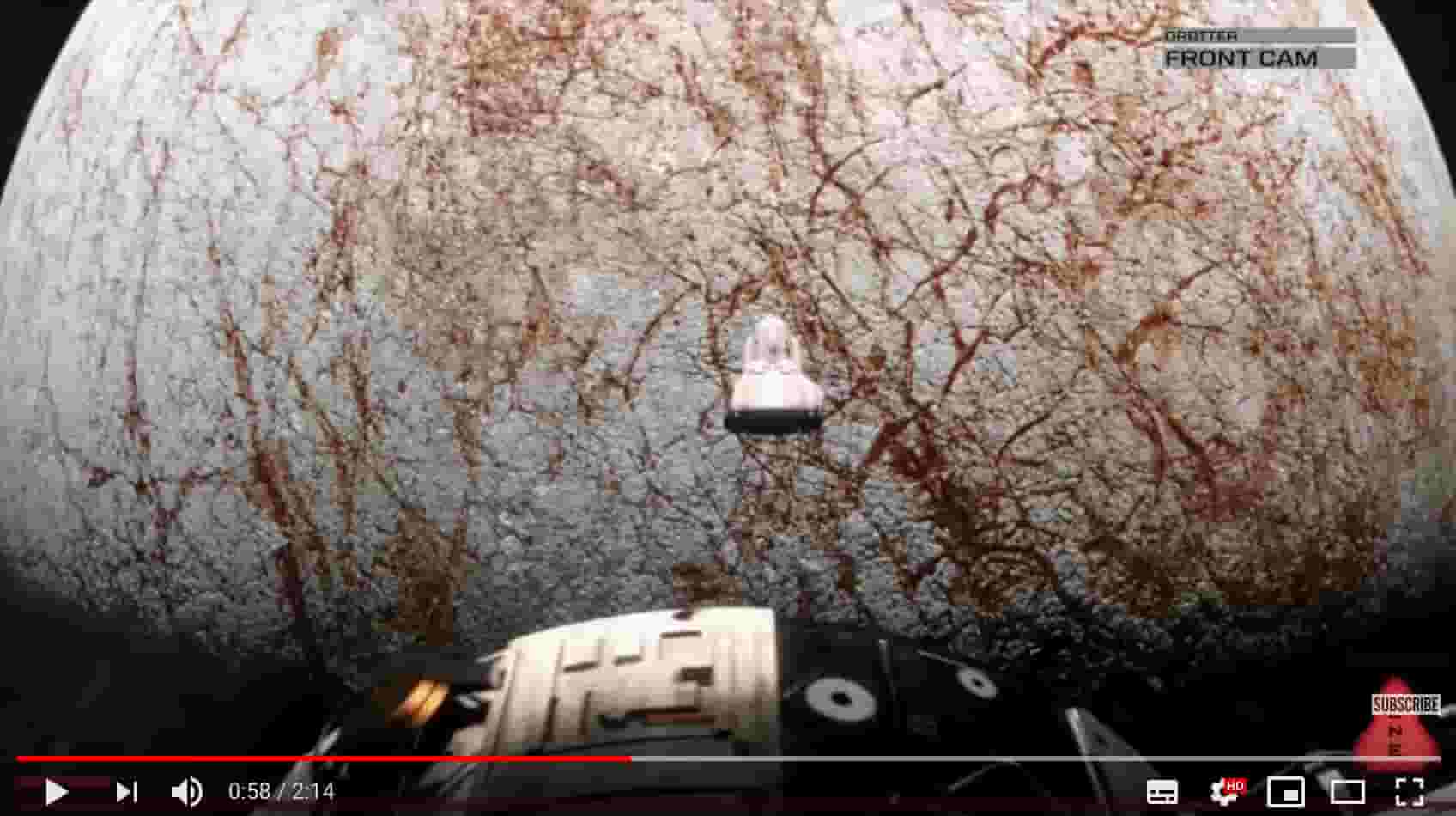 Europa Report is not a very famous space movie… I don’t think it was heavily marketed, or it might have potentially been shadowed by “Gravity” which came out the same year… However, I thought that this film was a really nice surprise when I stumbled upon it on Netflix and decided to give it a go.

Europa Report is about a crew of 6 astronauts embarking on a journey to Europa, one of Jupiter’s moon, in order to investigate the possibility that life could exist in the ocean under the moon’s icy surface. For obvious plot reasons, things will not go according to plan and the crew will painfully discover if that mission was worth the trouble or not!

The film is using the (overused) documentary / found-footage style to narrate its story. However, Europa Report remains in my eyes a fantastic example proving that you don’t necessarily need a “Hollywood” type of budget in order to produce a decent science fiction movie. I have seen a few people online describing the film as soul-less, and while I can agree that it is not the space movie of the century, I enjoyed my viewing. It definitely gave me my space fix when I needed it! 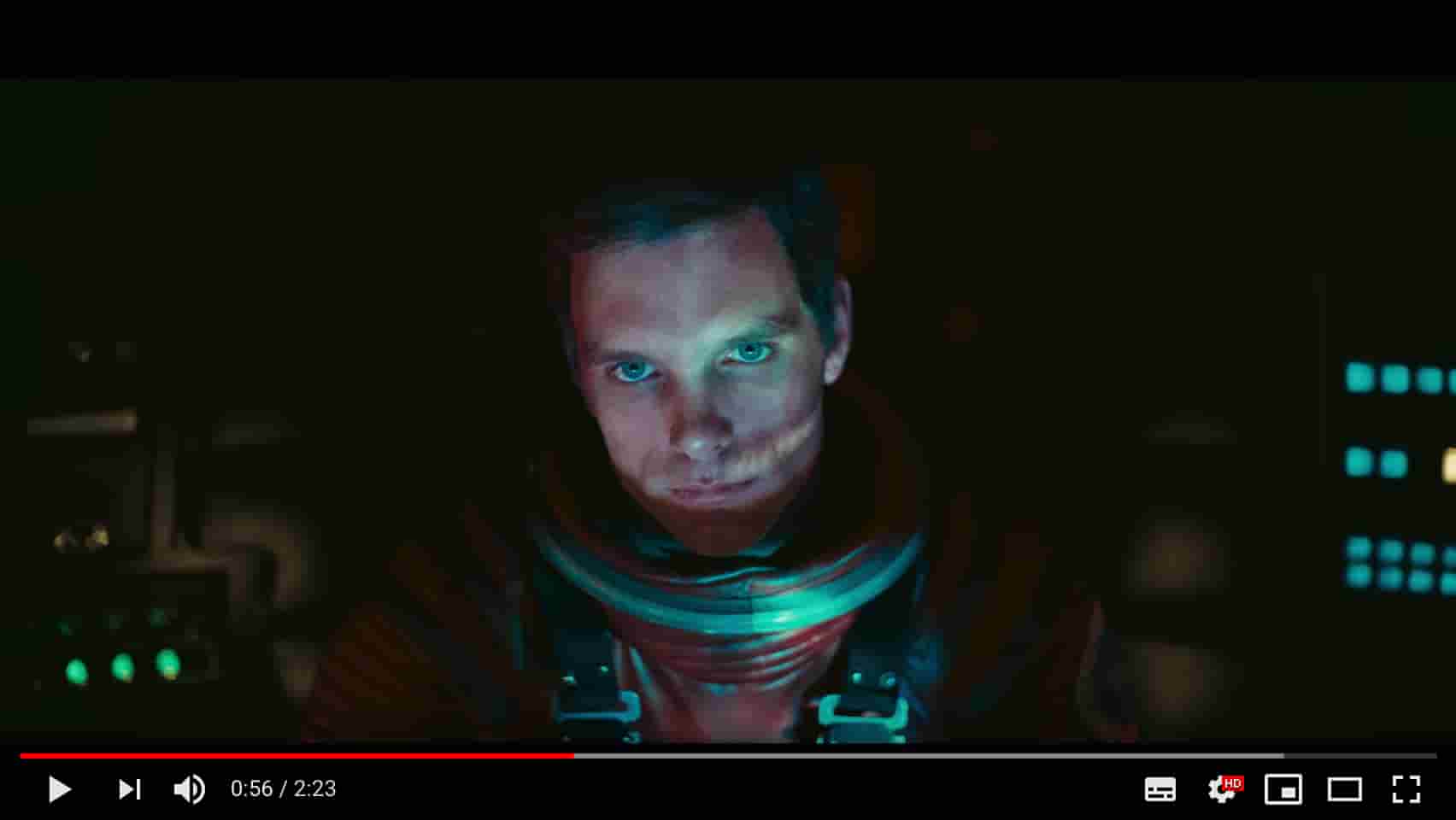 In 1968, Kubrick produced and directed his 7th film: 2001: A Space Odyssey, co-written with Arthur C. Clarke. Even though it’s now more than 50 years old, 2001: A Space Odyssey is one of the biggest and most famous space movies in the history of cinema. This film is unanimously recognized as a masterpiece that left a lasting mark on the science fiction genre.

2 astronauts embark on a trip to Jupiter to investigate a mysterious black monolith. Onboard the “Discovery” spaceship, they are helped in their mission by an artificial intelligence called Hal 900 who starts showing signs of minor malfunctions… Throughout the movie, their journey essentially represents the endless search for humanity’s origin while giving us a glimpse of what the future may look like.

I thought that it was a fascinating and incredible movie, especially now that AI is becoming a more important part of our daily life. I loved the retro feel to it, the movie definitely aged very well. This space odyssey will definitely make you think about humanity’s existence and its future. 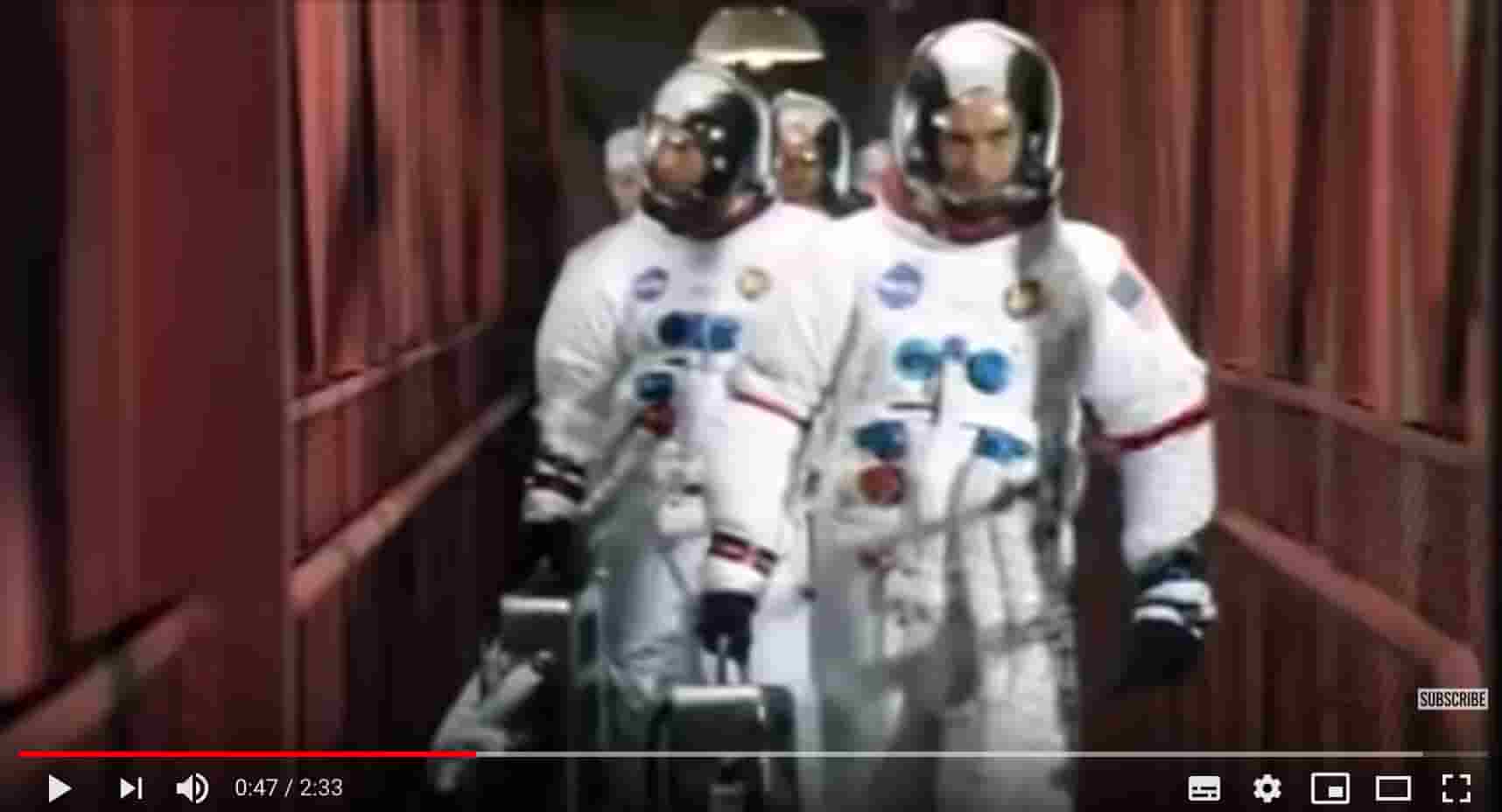 This movie, about the mission Apollo 13,  is famously known for a dramatic near-accident that could have cost many lives. Despite the unlucky number attached to it, the thirteenth U.S. mission in the Apollo program seemed like a routine trip at first. But before the shuttle could reach the Moon, the explosion of an oxygen tank forced the scientists in Houston to find an emergency solution in order to return the astronauts safely to Earth.

We all know that famous quote from Jack Swigert: “Houston, we have a problem”. These memorable words resonated in the cockpit of Apollo 13 less than a year after a man walked on the moon for the first time.

As this space movie is based on a true story, we already know the outcome before the film starts but Ron Howard brilliantly manages to make you hold your breath at times. In total, it received 9 Oscar nominations and was a success with both the critics and the general audience. A classic for sure! 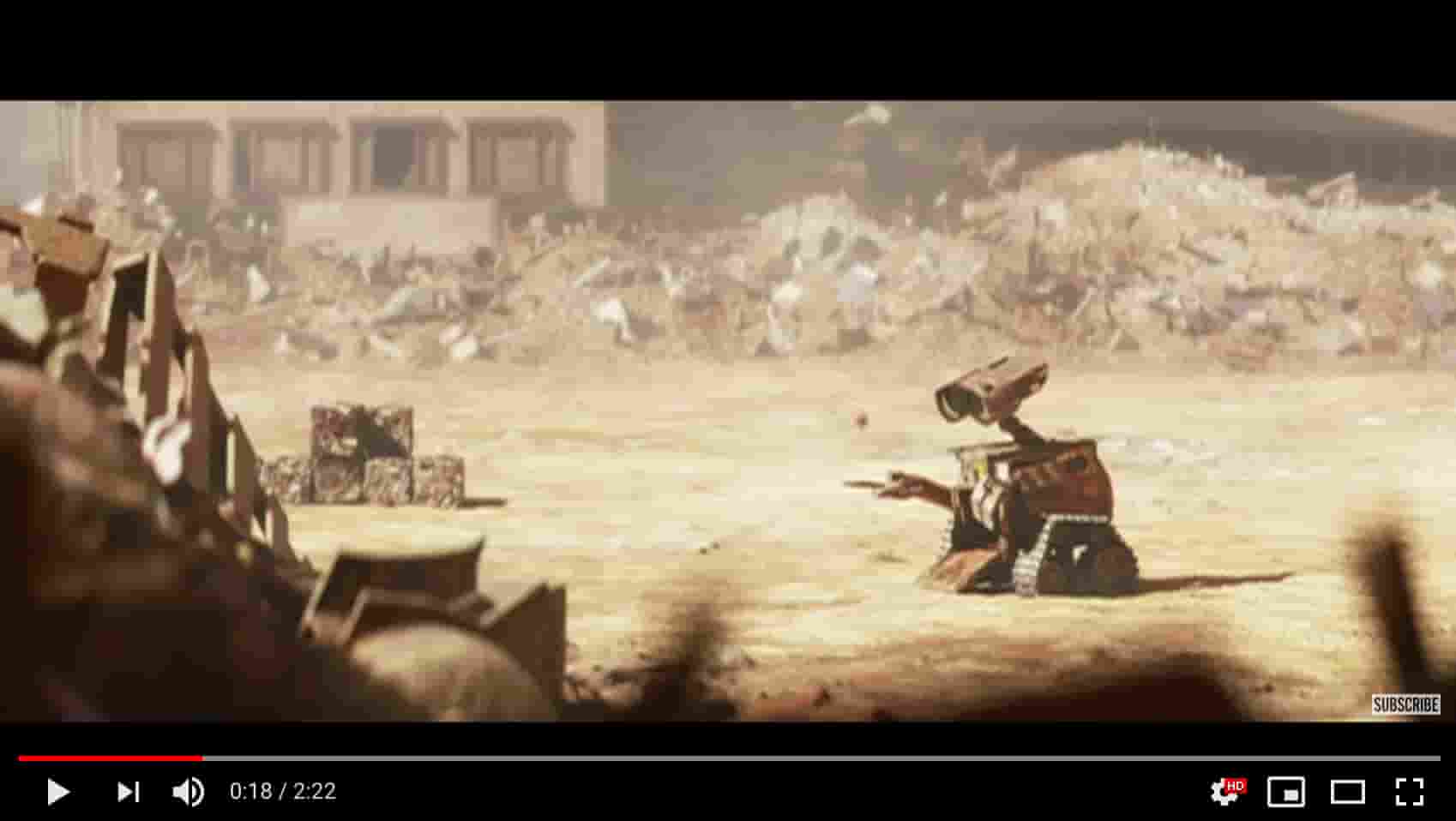 Wall-E is one of the most successful animated movies produced by Pixar (for Disney) and a heartwarming story about what the future may look like for us if we don’t start treating our planet a little better. Taking place in a futuristic setting, Wall-E is a story about a small robot whose mission is to clean up the planet after every human left.

Earth is no longer habitable due to pollution, so humans decided to leave the planet aboard a massive spaceship and look for a new place to live in outer space. During this journey lasting a few hundred years, they regularly send scouting robots to Earth in order to check for signs of life. One of those robots, E.V.E, meets Wall-E on the same day he discovers a growing plant.

From there begins their crazy journey to bring the plant back to the ship and show humanity that Earth is habitable again! Ecology, robots, love story, morality, fun and cute moments… Wall-E has got it all! 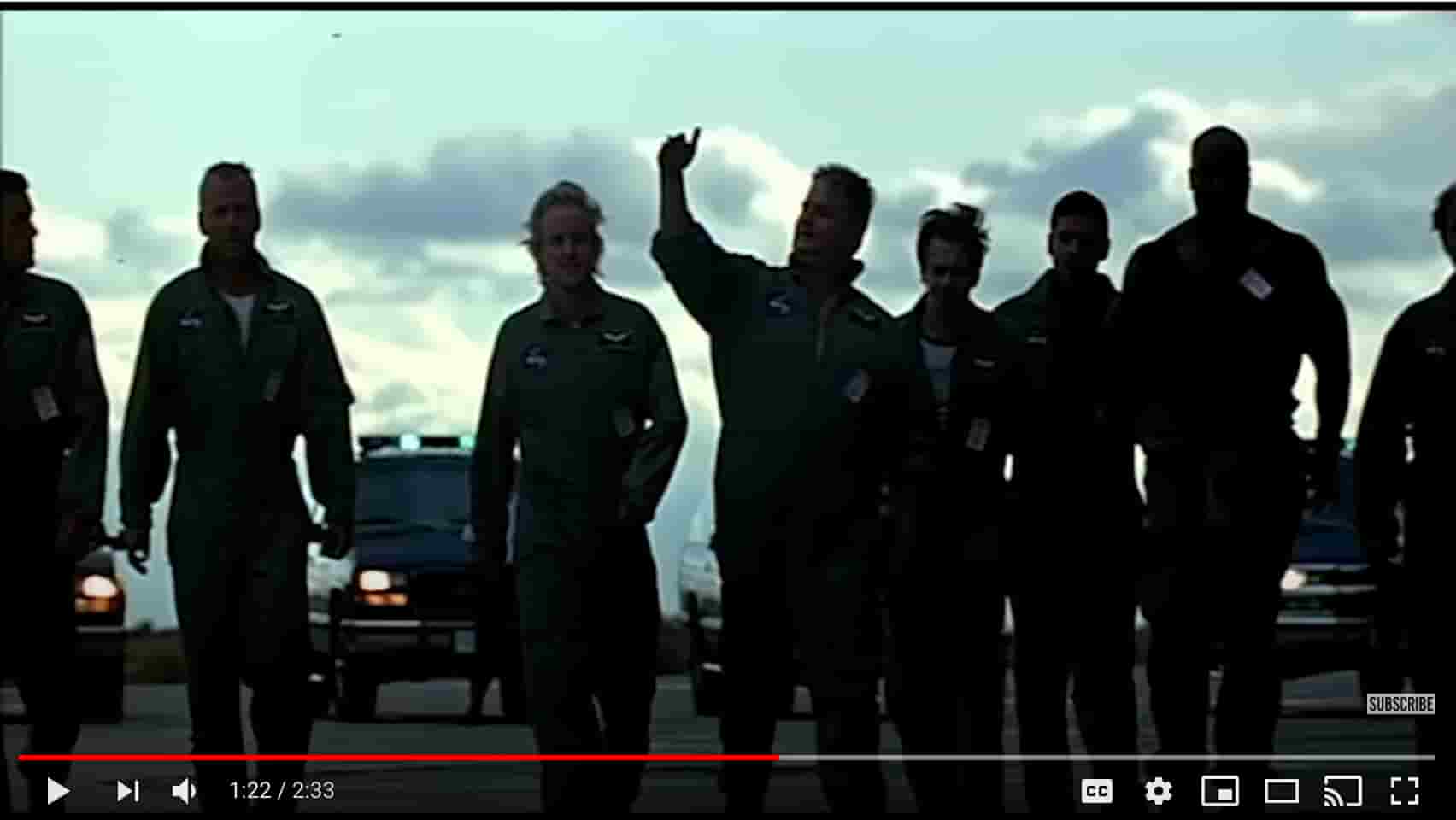 Armageddon was Micheal Bay’s third movie, it stars Bruce Willis as Harry Stamper, a rugged oil driller who is called by NASA in order to help with an imminent threat. After a meteor shower plunged New York in chaos and destruction, scientists discover that a massive Asteroid, the size of Texas, is making its way toward Earth.

With 18 days to go before the impact, Harry Stamper must gather a team of highly specialised drillers in order to put into action an audacious plan, if not the only plan, to destroy the asteroid before it hits the planet.

As far as space movies go, we love a good story, with characters built through cosmically interesting events that invoke an emotional response. And Armageddon delivers just that! It’s not perfect, but it definitely entertains. And there is perhaps a lesson to learn in seeing normal working men save the world…!

If you fancy a little bit of space exploration while sat comfortably on your sofa under a blanket, check out our curated selection.

The Funniest Space Memes on the Internet

Do you love memes? Do you love space? If yes then this page is for you.

Discover what the planets sound like when their radio waves are translated into sound humans can hear.