The Best Space Documentaries to Binge Watch in 2021

Space is one of those things that is immensely interesting to learn about but also beautiful to look at. It’s easy to be awed at the sights of majestic galaxies and mesmerising nebulae while listening to the suave voice of Neil DeGrasse Tyson telling you all about how you’d probably not survive more than a couple of minutes out there without a spacesuit. Nevertheless, I have found space documentaries (and movies) to be very easy to watch and they kind of bring a lot of things into perspective (the whole ‘we are so small’ shebang).

If you fancy a little bit of space exploration while sat comfortably on your sofa under a blanket, here is our space documentary selection.

Our selection of the best space documentaries

Speaking of Neil deGrasse Tyson, our favourite astrophysicist presents the latest discoveries about time and space in this follow up from the documentary series Cosmos (with Carl Sagan in 1980). Produced by Fox and National Geographic, this series of small documentaries are truly binge-watch worthy. Narrator Neil DeGrasse Tyson explains the complexity of the universe in a way that is both entertaining and fascinating. With his soft voice and infinite knowledge, Neil’s mission to popularise several scientific concepts is clearly working here.

The show won 4 Emmy awards after it was broadcast back in March 2014. In January 2019, Fox and National Geographic announced that the series will return during spring with Neil deGrasse Tyson coming back as the series’ narrator. 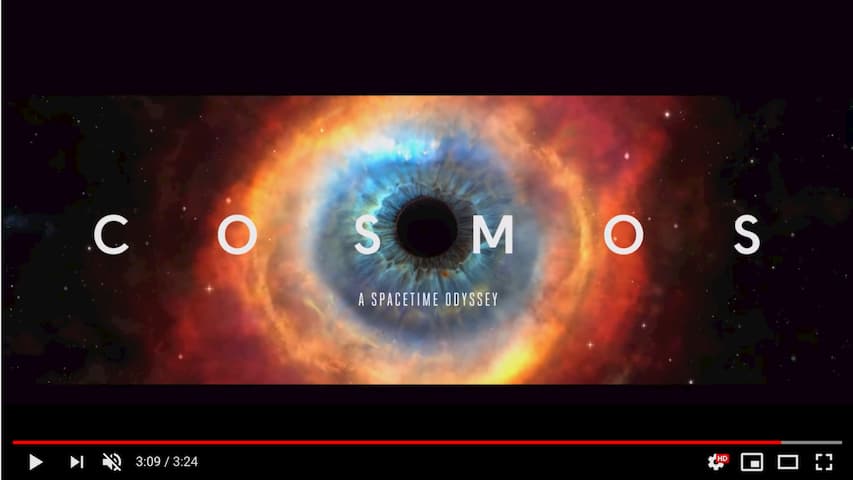 This space documentary is narrated by the famous English physicist Brian Cox and takes us on a 5 episode long adventure around our solar system. Forget the galaxies, black holes and neutron stars, this series focuses solely on the complete history of the planets inside our home solar system.

I have to admit that this is one of our favourite space documentaries of 2019 thanks to Brian’s ability to explain the most complex mechanism at work for planets to form and develop. The production and filmography are outstanding and the show has some of the best CGI we have ever seen in space documentaries, the BBC clearly went all-out budget-wise and it shows!

From the scorched lands of Mercury to the distant Icy planets, you will know everything there is to know about those intriguing worlds. 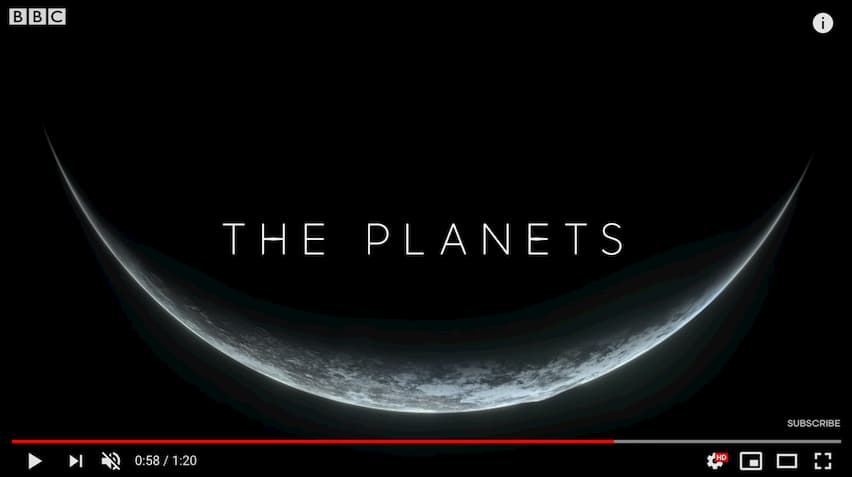 Alien Worlds is a 4-part docu series that explores the different ways that life could develop on exoplanets. What would life look like in a world that has two suns? Could life thrive on a planet with a very weak gravity pull? How would alien life evolve on a planet where one side is scorching hot and the other is permanently frozen?

The documentary follows scientists (astronomers, astrobiologists, ecologists, etc.) researching the laws of life on Earth while imagining what life would look like if these laws were applied to widely different worlds. Throughout the four episodes, we follow the hypothetical lives of these out-of-this-world animals through immersive CGI scenes, while Sophie Okonedo narrates the action, in a very David Attenborough-esque way.

Overall, I thoroughly enjoyed the show. I found the mix of science fiction with real-life facts to be well done and very informative. 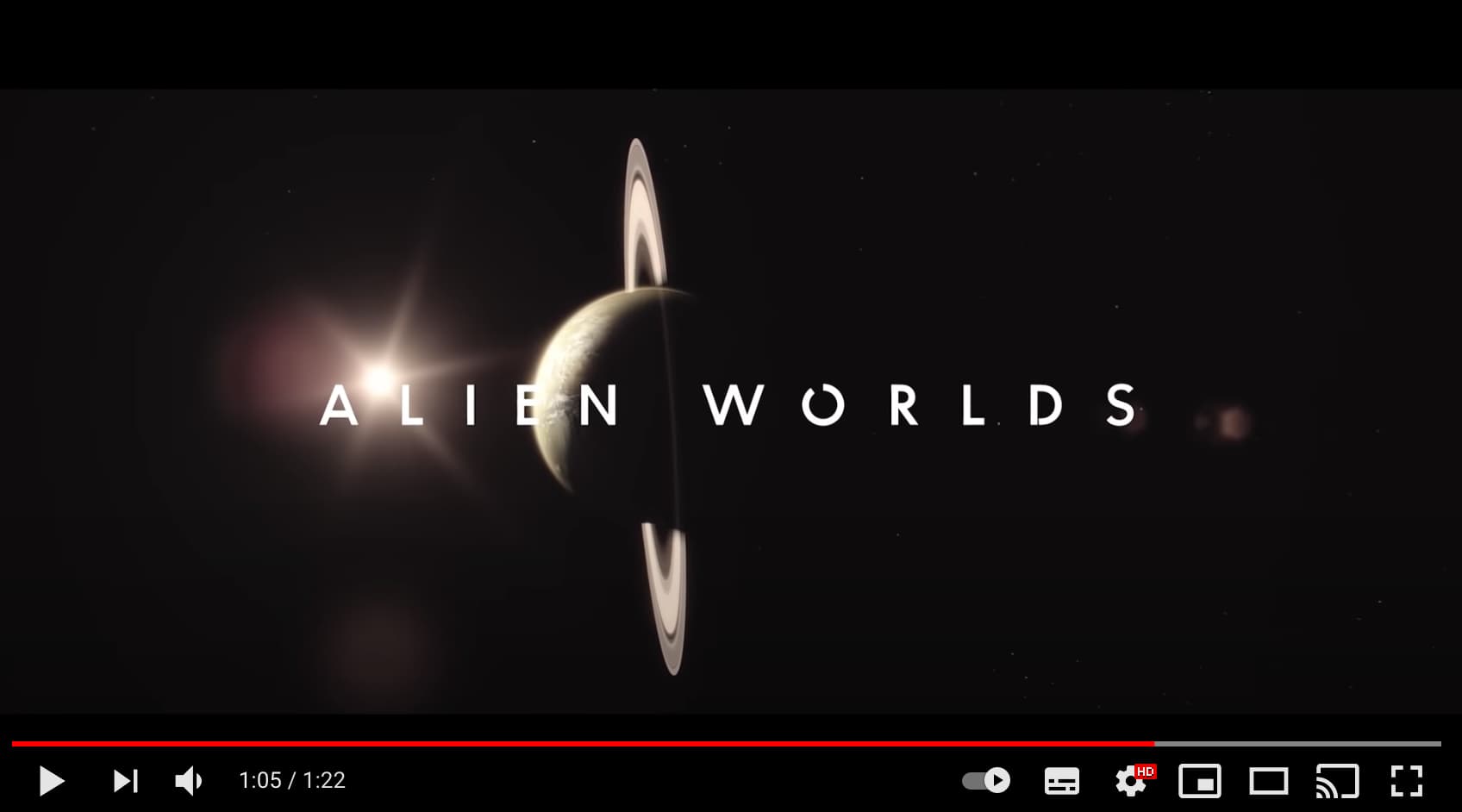 Director David Fairhead takes us to the heart of the Apollo mission and pays homage to mission control: a group of men and women who worked tirelessly to put a man on the moon. As we just celebrated the 50th anniversary of Apollo 11, this documentary brings a lot of interesting information about space flights into the light.

We are so close to going back to the moon as well that it’s certainly mind-blowing to see how this achievement was done more than 50 years ago. We all know Neil Armstrong & Buzz Aldrin incredible stories but it’s enjoyable that more screen time is dedicated to lesser-known people who contributed to the Apollo mission. 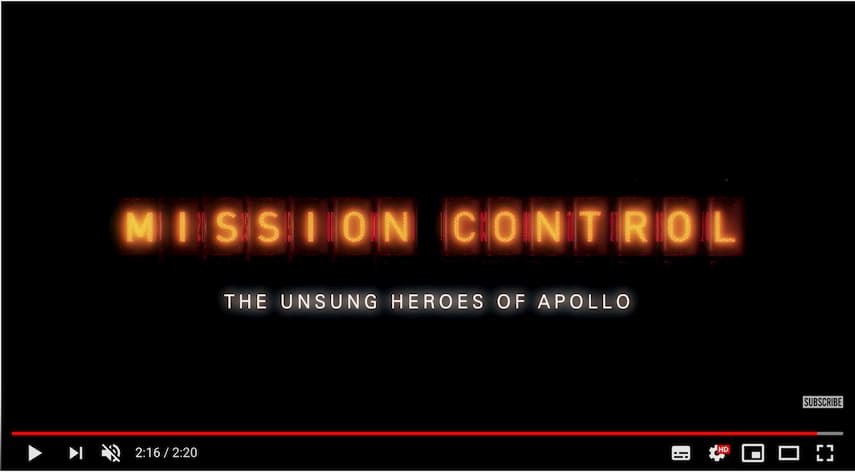 The Last Man on the Moon is a documentary written by Mark Craig that delves into the life of Gene Cernan, who was part of the Apollo 17 mission, the last time humans walked on the surface of the moon. What makes this documentary worth watching is the fact that we are able to see space exploration from a different angle: the pressure that an astronaut lifestyle and ambitions can put on his family. This raises some questions for the viewers: What price you would be willing to pay for the progress of space exploration?

The Last Man on the Moon is a compelling story about being what it takes to be an astronaut, the joy, the sacrifice and everything in-between. We all know the stories about the Apollo missions, but when a man who’s physically been on the moon is telling you the story… you listen. 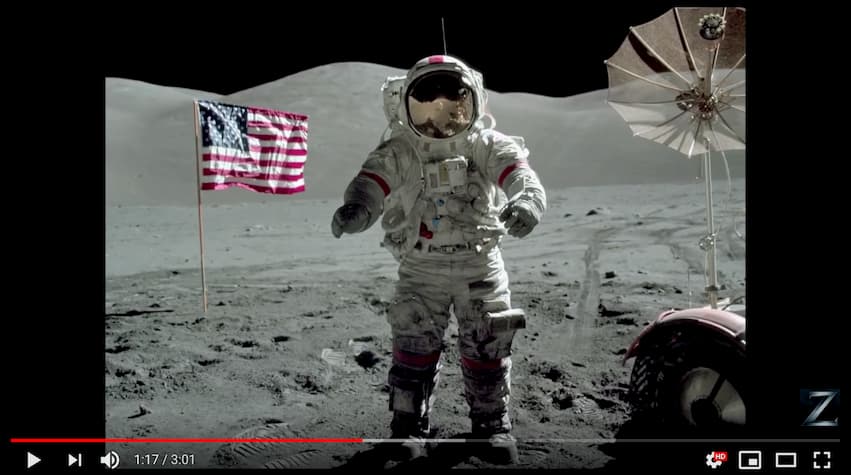 I have to admit that despite the clickbaity title, I had a good time watching this space documentary about Black Holes. These cosmic monsters are very fascinating and this episode produced by PBS does a very good job at explaining the weird mechanics of those space vacuums. The documentary goes back in history from the discovery of the first black hole to the detection of gravitational waves by LIGO following the merging of two black holes. The astronomers explain how they affect galaxies in a comprehensive yet entertaining way.

If like us, you have been intrigued by black holes ever since the first picture of one was published earlier this year, you won’t be disappointed. 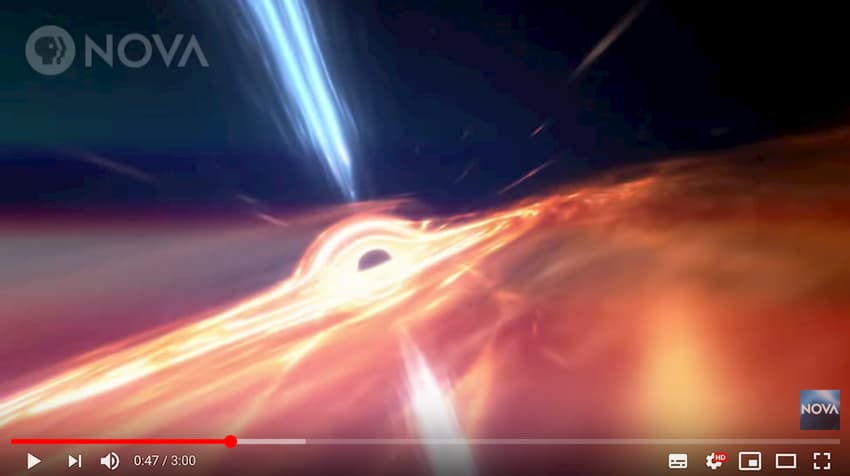 This documentary follows the life of a group of young space enthusiast at Space Camp in Alabama. Sponsored by Time Magazine, the show explore the different astronaut training that those kids are going through under the guidance of experienced mentors. A few serious topics are being talked about, like the explosion of Columbia and Challenger, but this documentary is a good watch for parents whose kids are passionate about space and wish to become an astronaut.

As we grow closer to exploring and colonising the Moon and Mars, it’s fairly interesting to see how the younger generation is being prepared for this. 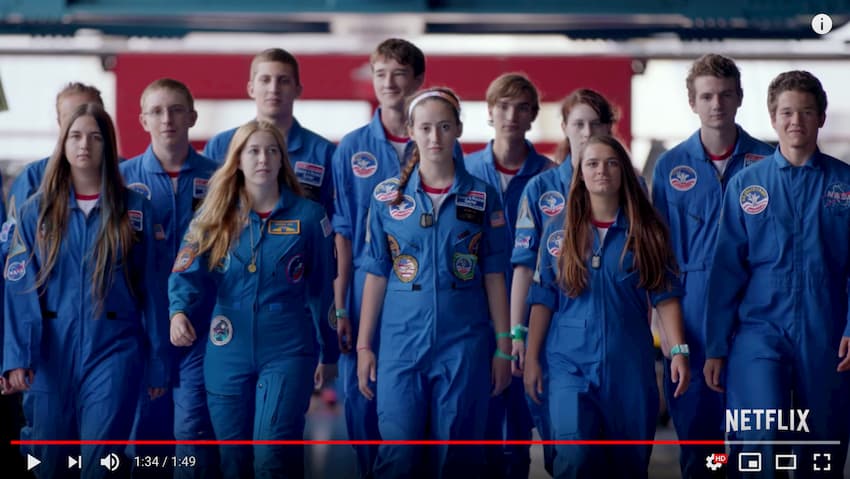 The ringed planet is without a doubt one of the most interesting celestial bodies in the solar system. Saturn through a telescope is often (always) a memorable sight. This space documentary focuses on the famous 5000 tonnes probe Cassini and it’s 13 years spent exploring and observing Saturn up close just before its final descent into the top cloud of the gaseous planet. Before the end of its mission, Cassini was tasked with flying precisely between the planet and its rings to collect precious data. We get to follow the team of astronomers and scientists at the Jet Propulsion Lab in Pasadena responsible for the dangerous manoeuvre.

The documentary goes into great details about Saturn and Cassini, and it was certainly interesting to learn more about what is probably the most successful interplanetary mission to this day. 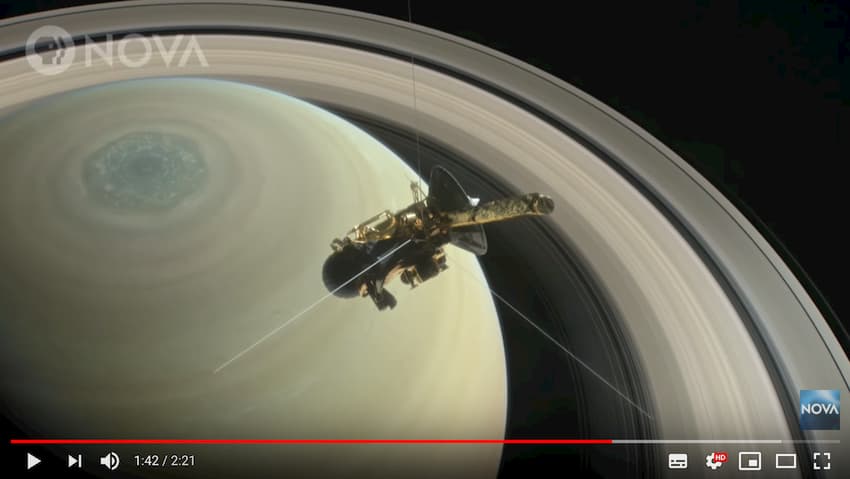 This documentary is not about space entirely but rather about people who believe that space and our planet are entirely different from what we’ve been told through science classes, the media and scientific research. You guessed it, this documentary is about flat earther! Director Daniel J. Clark follows the life of two ‘famous’ flat earther, Mark Sargent and Patricia Steere. As we learn about how they got to believe that the earth is flat and part of a dome, we also dive into the different dynamics happening inside the controversial community.

This documentary was entertaining to watch as an amateur astronomer because many of their tests to prove that the Earth is flat fails and they always seem to find explanations for this. But at the end of the day, people are free to believe what they want to believe. 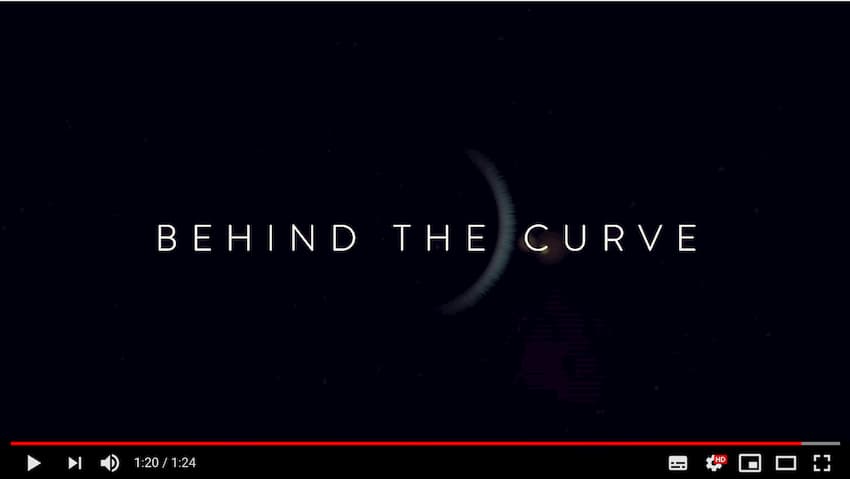 Welcome to the world of exoplanet hunting. Those planets do not emit any lights of their own and their home star hides them very well by outshining them with an incredible amount of luminosity. That’s why detecting extraterrestrial worlds orbiting stars that are lightyears away from us is incredibly hard.

This documentary follows some of the scientists who contributed to the development of different tools, software and techniques that allows us to find new exoplanets on a regular basis. Exoplanet hunting has come a long way indeed, from indirect detection methods allowing to calculate size and density of a planet,  to the ability to capture some form of imaging of it and extract information about its chemical composition.

If there was ever a chance to find life on another world, this documentary shows you exactly how astronomers would discover it. 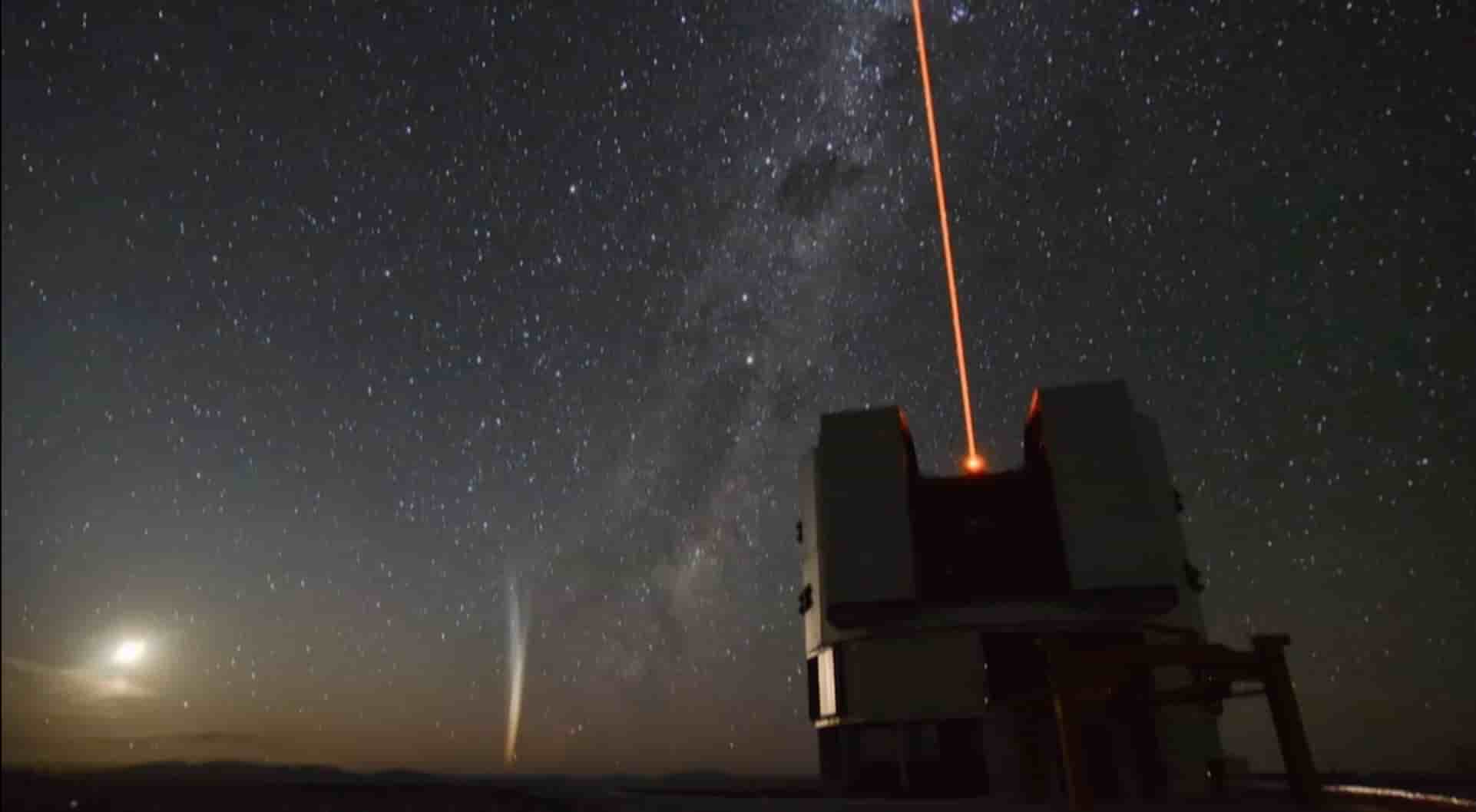 Challenger: The Final Flight is a limited four-part space docuseries, recently published on the Netflix streaming platform in September 2020. Created by Steven Leckart and Glen Zipper, the show focuses on the fatal crash of NASA’s Space Shuttle Challenger in 1986.

Despite the dramatic turn of events, I thought it was important to present this brand new space documentary in this article. First of all to commemorate the 7 astronauts who lost their lives in the name of space exploration. And secondly, to publicize the history of the space program, each mission, whether successful or not, has contributed to making space “accessible” to humanity.

The Challenger tragedy has deeply affected the U.S. space program and NASA, hopefully improving its internal processes, communications, and security controls. And as we see more and more astronauts being launched into space from U.S. soil via SpaceX these days, it is important to look back on events such as the Challenger tragedy to ensure that this does not happen again. 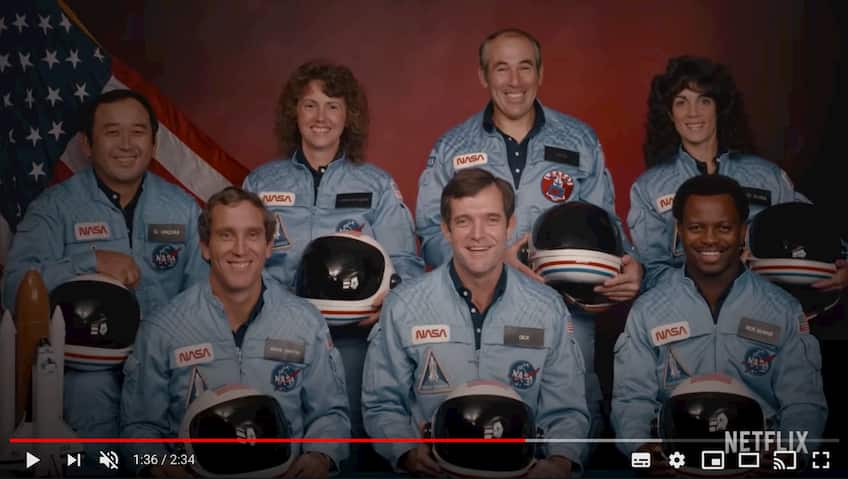 What is the best space documentary?

It really depends on your interest. Do you enjoy astronomy, stargazing or space exploration? Would you prefer to learn about how the planets formed or who discovered them? Our selection of the best space documentaries offers a good variety, check it out!

Are space documentaries free to watch?

It depends on where you are watching the documentary. If you are using Netflix or Amazon, you will have a monthly subscription to pay. On YouTube, you may sometime need to pay a one time fee or it may be free to watch. Nevertheless, we feel that every documentary listed here is worth it!

Do space documentaries have subtitles?

Most streaming platform now offers subtitle in English as well as many other languages. Learning about space has never been so easy!

The best space films - An out of this world selection

If you fancy a little bit of space adventure while sat comfortably on your sofa under a blanket, check out our curated selection.

The funniest space memes on the internet

Do you love memes? Do you love space? If yes then this page is for you.

For many amateur astronomers, astronomy podcasts are a very convenient way to keep up to date with the latest space news.

Discover what the planets sound like when their radio waves are translated into sound humans car hear.