What are the differences between the inner and outer planets?

You may wonder how different these planets are, so much so that scientists have had to separate them into two distinct groups. In this article, we’ll take a closer look at what sets them apart.

Difference #1 Their distance from the Sun

The inner planets are those that lie between the Sun and the asteroid belt, they are Mercury, Venus, Earth, and Mars. They are also sometimes referred to as terrestrial planets because they have solid surfaces.

Outer planets are those that lie beyond the asteroid belt, they are Jupiter, Saturn, Uranus, and Neptune. They are sometimes called gas, ice giants, or even Jovian planets because they are mainly made of gas and do not have a solid surface.

It is thought that the reason for this specific configuration is due to the way our solar system was formed. It is believed that the strong solar winds emanating from the young Sun pushed most of the lighter elements and gases outward and farther out in the solar system. 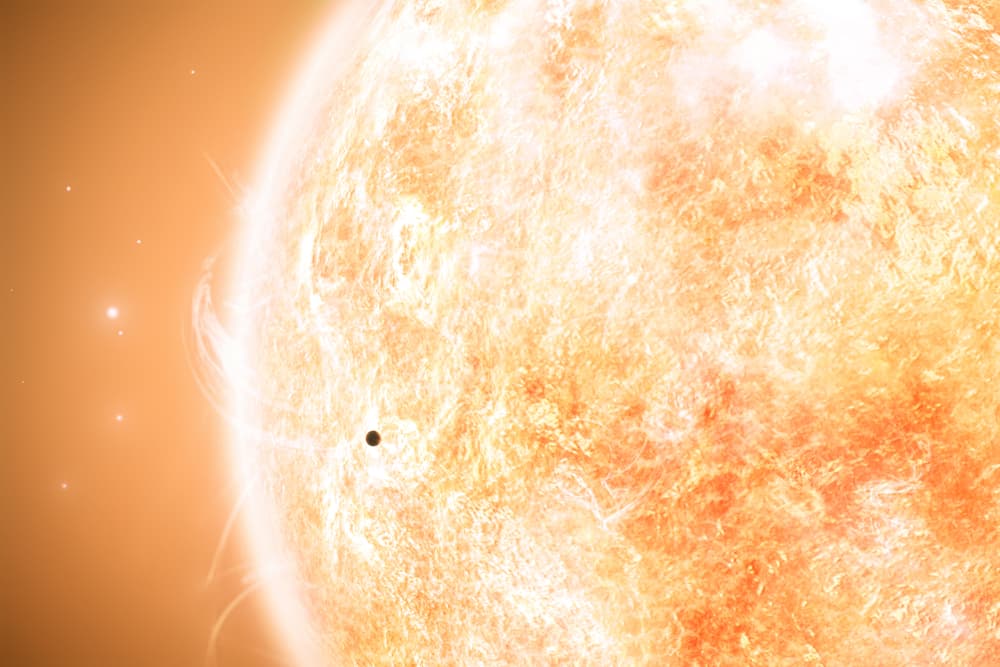 When discussing planets, size definitely matters. The inner planets are much smaller in size compared to the outer planets. Mercury is the smallest of all the planets with a diameter of just 3,031 miles. In contrast, Jupiter is the largest planet with a diameter of 88,846 miles.

The outer planets exert a much greater gravitational influence on the solar system due to their large size. It is thought that Jupiter’s gravitational influence on meteorites and comets, effectively prevented them from colliding with the inner planets. It sometimes flings them out of the solar system, and sometimes it pulls them towards itself where they usually end up colliding with the planet and breaking apart. This is one of the reasons why Jupiter is nicknamed the “godfather of the solar system.” Below is a list of each planet’s diameter, from the largest to the smallest. 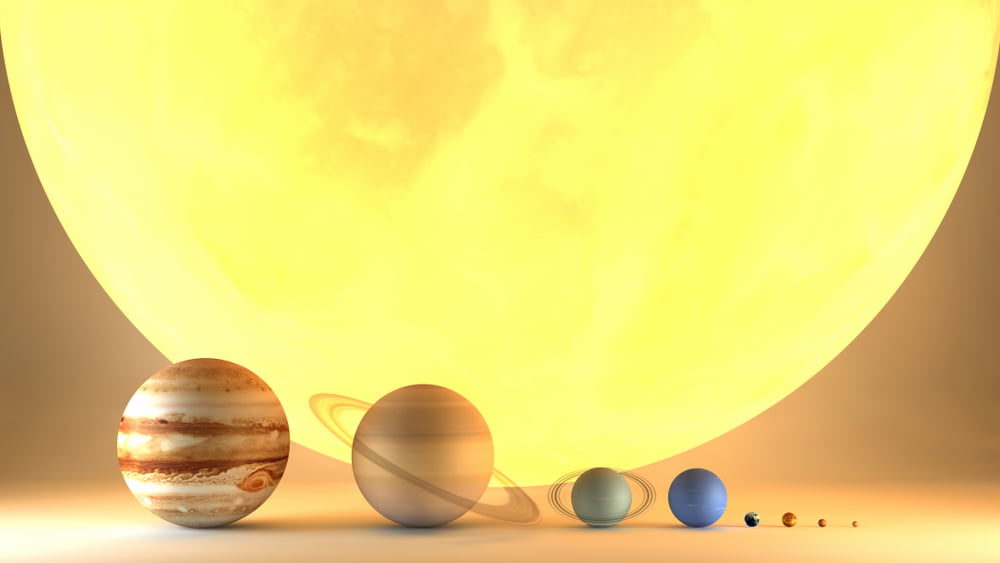 The closer a planet is to the Sun, the higher its temperatures will be. This means that any water present will be in the form of vapour and gas. Jupiter and Saturn are mainly made of hydrogen and helium, while Uranus and Neptune are made of methane, ammonia, and water.

Again, in the early days of the solar system, it is thought that the Sun’s strong winds blew most of the lighter elements and gases outward. The inner planets are made of heavier materials because they were not affected as much by the solar winds. The rotation period of a celestial object is the time it takes said object to complete a full revolution around its axis. For the 8 planets of our solar system, this indicates the length of their days.

So why do the outer planets spin faster than the inner planets? According to Chris Lintott, This is due to something called the conservation of angular momentum.

When the gas giants formed, the enormous amount of already spinning gas and dust around the protoplanets coalesced down to create their atmosphere. In Jupiter’s case, its atmosphere represents about 95% of its total mass. You can imagine the sheer force that was needed to pull all that mattered together. This force caused Jupiter to spin faster and faster as it accreted more material.

The inner planets, on the other hand, didn’t have as much spinning gas and dust around them, to begin with, so their accretion led to a much slower spin.

The reason for this difference is pretty simple. The inner planets are closer to the Sun, and as a result, they orbit the Sun much faster than the outer planets. The further away a planet is from the Sun, the longer it will take to complete one orbit. 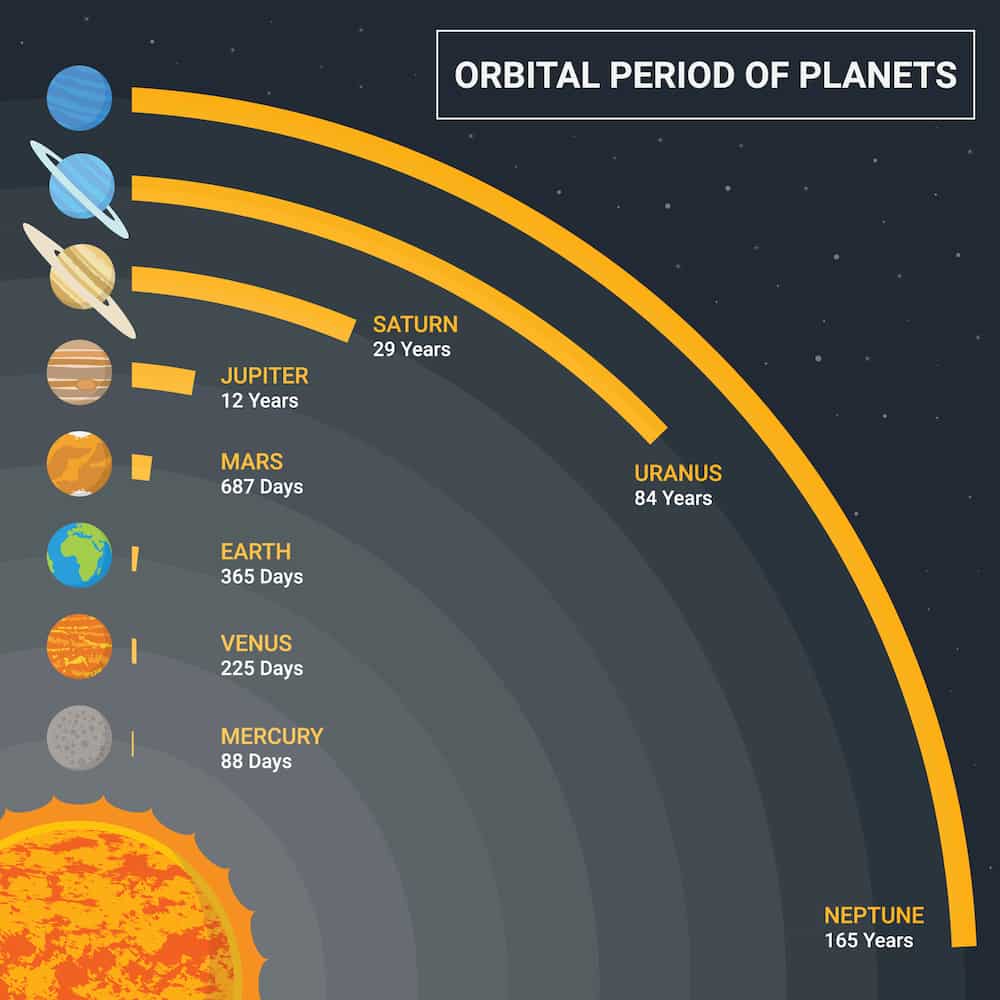 Difference #7 The number of moons they have

Last but not least, the inner and outer planets also differ in the number of moons they have. Mercury and Venus don’t have any moons, while Earth has just one and Mars has two moons (for now). In the outer region of the solar system, Jupiter has a whopping 79 jovian moon! Saturn has 82 moons, Uranus has 27 moons, and Neptune has 14 moons.

The outer planets have more moons because their gravitational pull is much stronger than the terrestrial planets. As the solar system was forming, they were able to hold on to much more material, which slowly but surely, became moons.

Related article:  How many moons does each planet have? 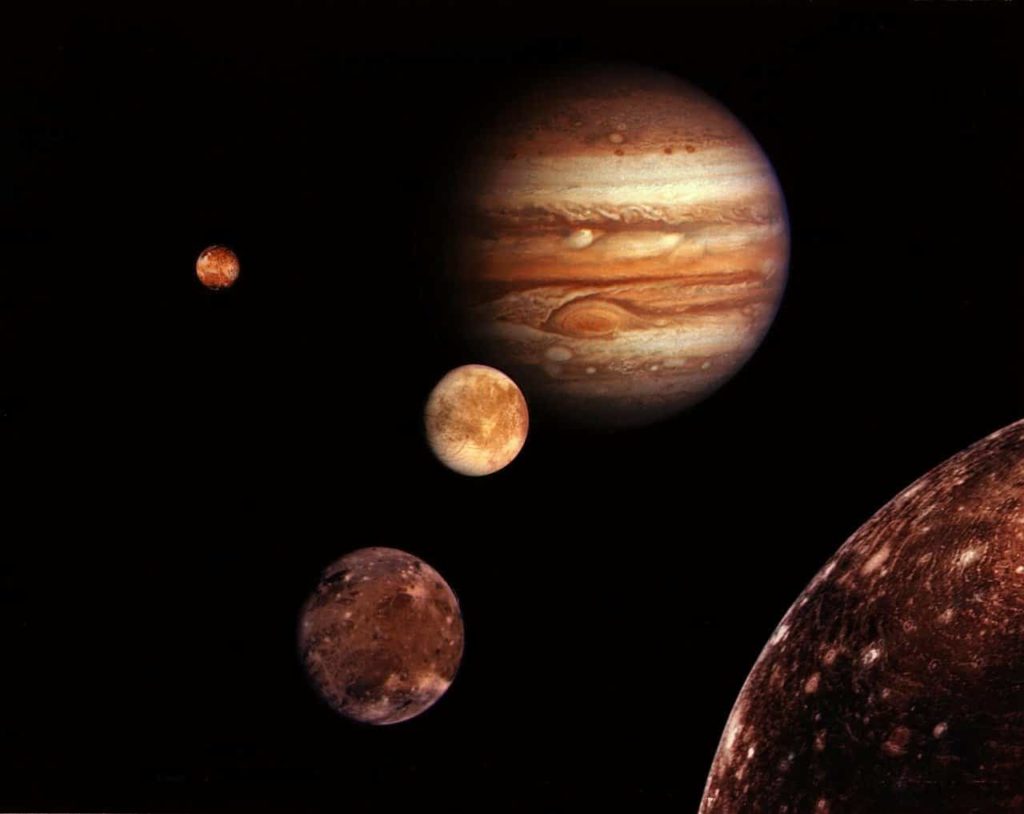 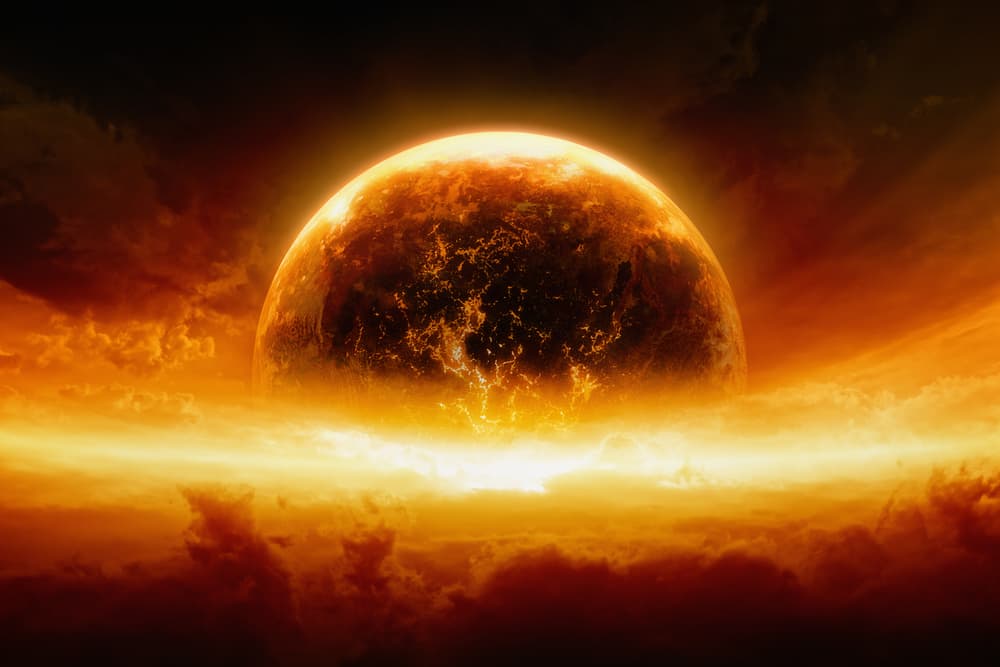 Which is the hottest planet in the solar system?

The order of the planets 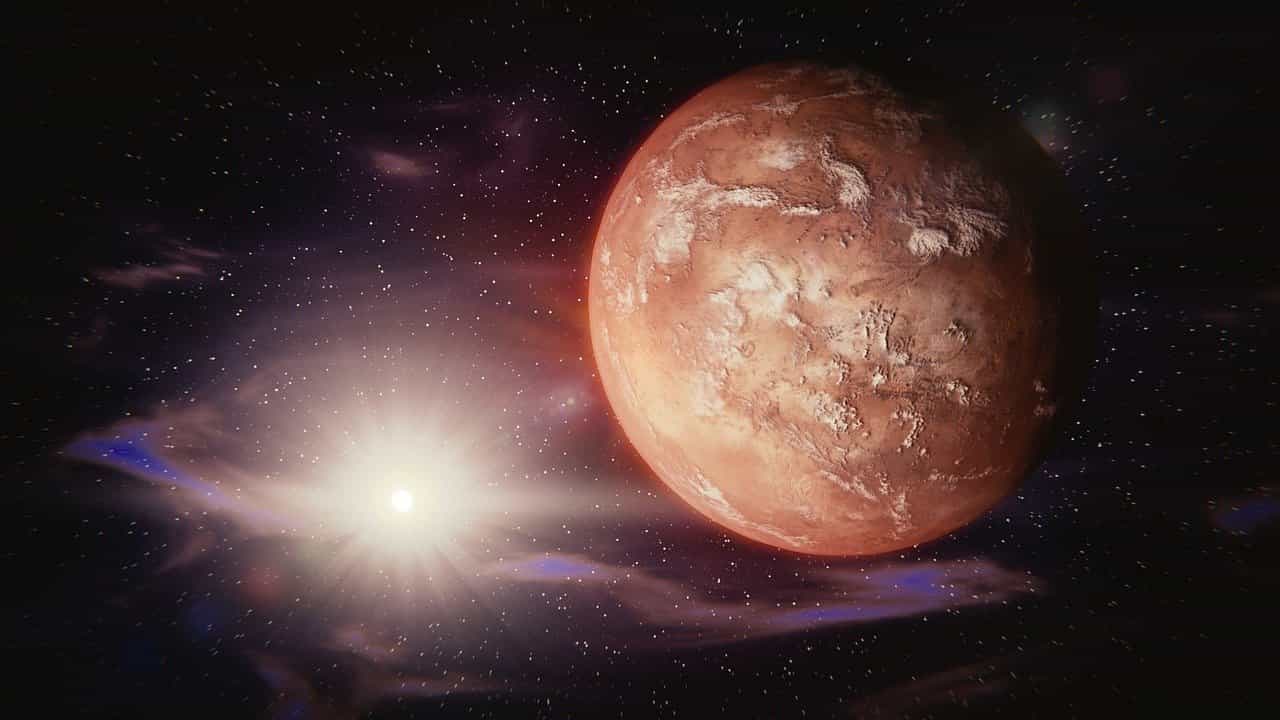 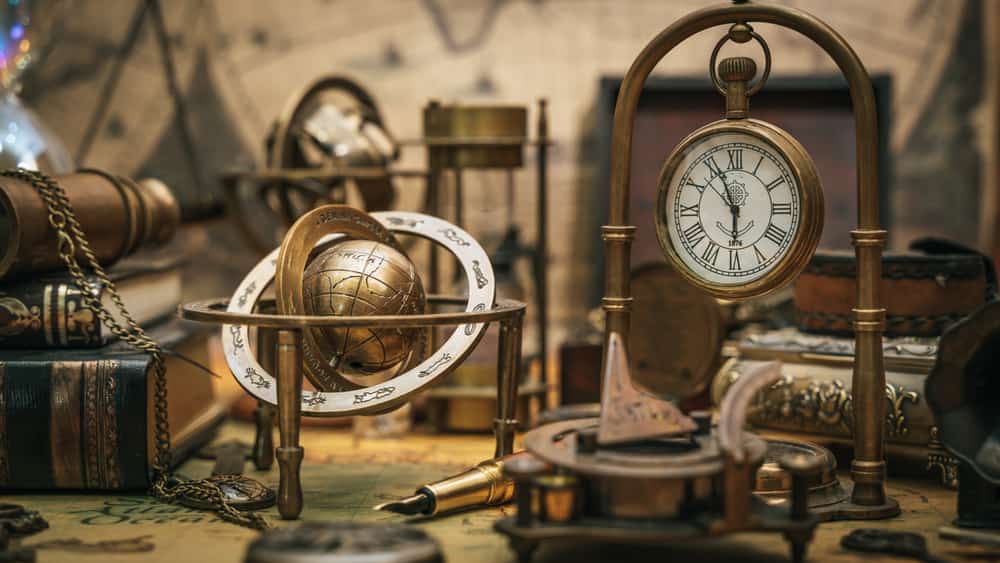 Famous astronomers you should know about

There have been many notable astronomers throughout history, all of which have added to the field in one way or another.