Will Asteroid Mining Ever Become a Reality?

Many resources on our planet are limited, but on a universal scale, this isn’t true, as we can find most of everything outside our planet through asteroid mining. We are much closer to asteroid mining than most people know, and yet, there are still many things that we have to overcome. 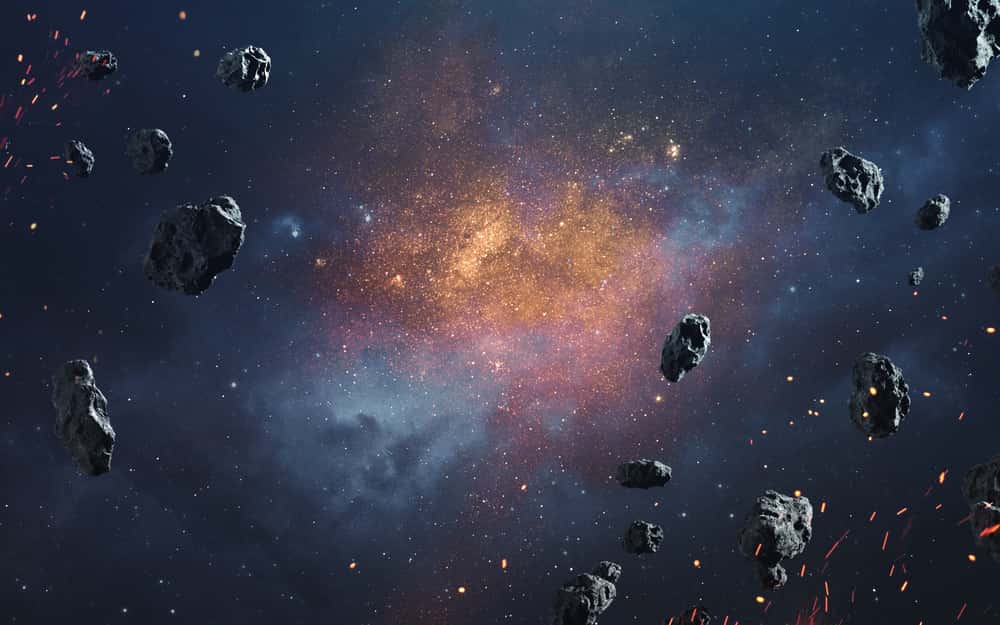 Asteroid fields are an abundant source of materials crucial for human space exploration. They could provide water, oxygen, metals and other volatiles that would be necessary to sustain a long-term manned presence in space

What is Asteroid Mining?

For a long time, the extraction of space resources through asteroid mining was a simple science fiction idea. Yet, each passing day brings us closer to it due to technological advancements as well as necessity.

Asteroid mining involves scanning nearby potential asteroids to asses their contents and extract them. Many companies and scientists have proposed several ideas on how to accomplish this, and we are already taking baby steps in doing so.

For example, NASA has already awarded contracts to four companies in the hopes of extracting regolith from the moon by 2024. If this event is accomplished, it will officially mark the beginning of the era of commercial space mining.

Such an operation may yield significant results and improvements, which may include unlocking cost-effective space travel. However, the reality is that mining on the moon is more costly than asteroid mining.

The solar system is filled with asteroids, some of which can sometimes get closer to our earth than the moon. In this situation, investing in better technology to identify such objects opens the way to asteroid mining in a more favorable scenario than hunting for those that are further away from the moon.

No matter the objectives, big companies and billionaires such as Jeff Bezos or Elon Musk have already set their sights on various space projects that will inevitably pave the way to asteroid mining, even if that isn’t their goal. Their discoveries and inventions will ultimately help the asteroid mining process. 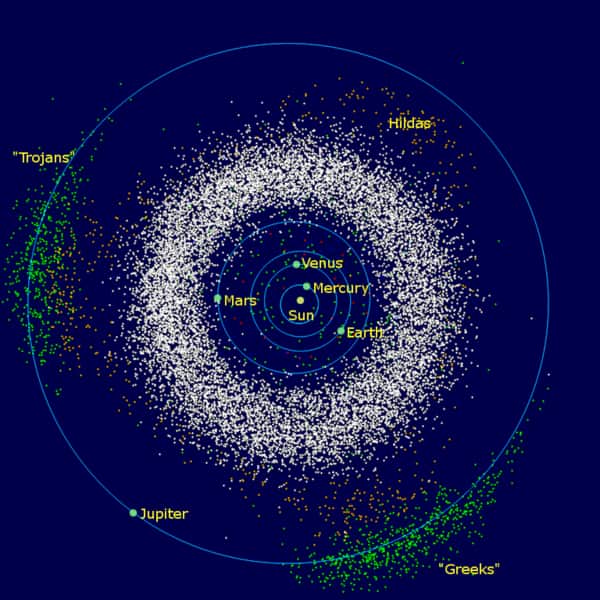 The main asteroid fields of our solar system. As you can see, the majority of asteroids are located in the asteroid belt between Mars and Jupiter.

Near Earth or Main Belt asteroids are among the best candidates for the first asteroid mining projects that might take place in the future. This is due to their position and contents, as these asteroids are rich in the platinum group of metals, which are known to exist there in more significant amounts than on our planet.

The first stage of any asteroid mining operation will naturally be focused on identifying suitable candidates in the vicinity of our earth. Near Earth asteroids will most likely be the first targets as their orbit brings them within 1.3 AU (astronomical unit) of us.

More than 28,000 such asteroids have already been identified, and reports showcase that some of them are easier to reach than our moon. Asteroid mining will take place in three steps, namely prospect, explore, and extract.

Most likely, a satellite will perform a preliminary scan of the nearest asteroids. It may be solar-powered to reduce the need for fuel. A probe will be sent to analyze promising candidates while carrying lightweight extraction equipment.

In all likelihood, the personnel for such projects will consist mainly of robots, and the mining procedures will be very similar to those on earth. The robots will be instructed to scrape off the desired material and tunnel it into veins of specific substances.

Since the ore will fly off, a large canopy may be used to collect the material. Because asteroids have almost no gravity, the robots will need to use grappling equipment to anchor themselves. Still, the advantage is that collecting the material is more manageable with no gravity.

When the materials are ready to be sent off to the earth, or possibly a moon base, the robots can use the asteroid’s materials to create rocket fuel for a ferrying spacecraft. When the asteroid’s resources are depleted, the mining equipment may be moved again to the closest asteroid near it.

If everything is carefully planned, asteroid mining may become a reality, but let’s look at a company already working on this. 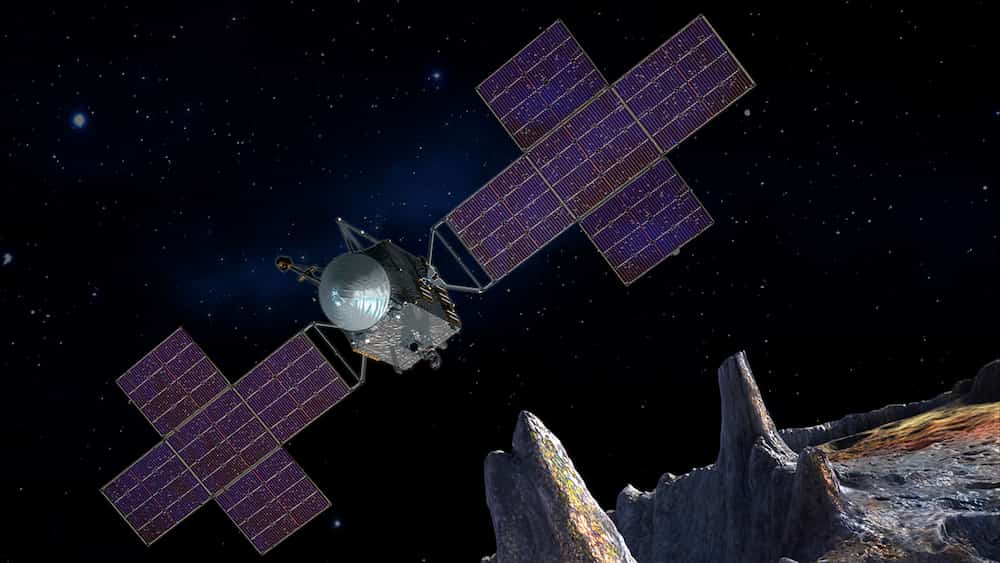 Probes will be used to scan asteroids and determine their composition. They will also map the asteroid’s surface features in high resolution, and look for potential mining sites.

The Asteroid Mining Corporation is a company that already works to make asteroid mining a reality. The AMC is developing several technological innovations that aim to reduce launch costs and robotic capabilities.

For example, through a collaboration with the Space Robotics Lab in Japan, the AMC is developing SCAR-E, which are climbing robots meant for asteroid, planetary, and lunar exploration and mining operations.

These robots are designed to resist high radiation exposure for prolonged periods of time, extreme temperatures, or high acceleration during launching procedures and be capable of self-maintenance.

By about 2025, the AMC plans to launch the APS-1, a microsatellite space telescope meant to scan thousands of asteroids close to the earth and the Main Belt and determine their components. All data will be implemented in a Space Resources Database, which is meant to be the first inventory of the solar system.

AMC is also working on its Asteroid Exploration Probe 1. The AEP-1’s role will be to orbit and land on the potential candidates scanned by the APS-1. It will analyze the asteroids up close, take samples, and determine the most suitable sites for space mining operations. AMC might not be the only organization set to make asteroid mining a reality. However, their actions and intentions speak for themselves. They plan on bringing 20 tonnes of platinum group minerals back to earth.

Why Companies Will Pursue Asteroid Mining

Asteroids offer a unique set of resources that can be used to help sustain a long-term human presence in space. In addition to water and oxygen, which are essential for life support, asteroids also contain precious metals that could prove rather lucrative to mine. A few years back, The Planetary Science Journal published a paper that estimated the value of resources on a single large asteroid named “1986 DA” to be worth ∼$11.65 trillion.

Asteroid mining is more than just collecting materials that are rare or depleting on earth. Although financial profits will be among the most important reasons companies will pursue asteroid mining, we also have to consider other aspects.

Asteroid mining may become the best means of interplanetary travel, as they might act as “space gas stations” for spacecraft. Asteroids are massive, several miles long, and their contents will be crucial for space travel.

Asteroidal ice, for example, can be used as a source of drinking water and oxygen. At the same time, other materials will act as spacecraft fuel. Although there is still the issue of radiation exposure, if we can create robots strong enough to resist it, we may also be able to solve this issue for humans in time.

No matter how we look at it, asteroid mining is feasible, and day after day, it becomes even more possible to achieve. 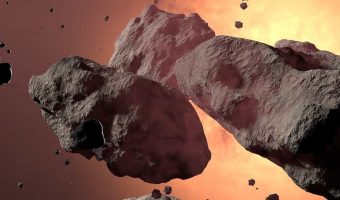 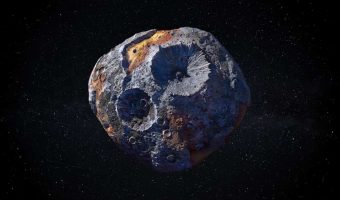 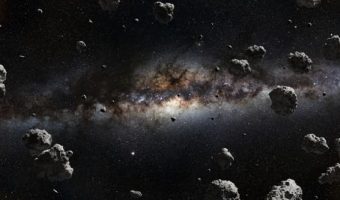 The most famous comets discovered by astronomers